–  a story told with light, shadow and sound –

Shadow plays or shadow theatre have existed for centuries as a folk art form all over the world in which stories, legends, fairy tales and parables are told. This takes place in an audiovisual intermediate world, the screen. Many forms of shadow theatre traditionally have the functions of both entertainment as well as education and criticism – in a space between fiction and reality.

In a very special manifestation, the figure of the Karagöz / Karagiozis has established itself in the geographic area of Turkey and Greece. This figure – in the truest sense of the word cross-cultural – still deals with current issues of social coexistence. Although Karagöz certainly continues to exist in the 21st century and is especially popular as children’s theater, the figure is still quite rare in an abstract artistic adaptation, as is the case in this project.

In Dark Eye the 3 artists transport the figure of Karagöz into the present and develop their own dramaturgy, which they implement with their own characteristic means of expression. Each of the three artists also contributes a different perspective to the theme through their individual life story. In the course of the performance, this difference results, as it were, in a web of dialogue that can be traced back to the own childhoods of Korhan Erel and Kriton Beyer, who both grew up with the provocative and socio-critical parables of Karagöz, being interwoven with the visual interpretations and associations of Nicolas Wiese. 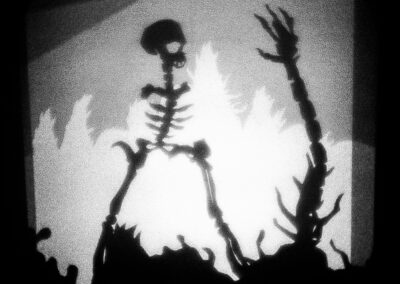 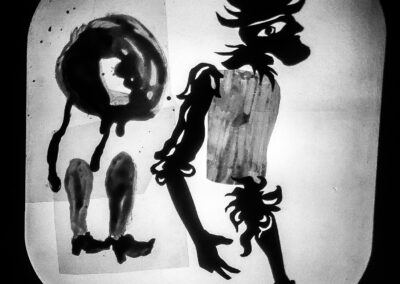 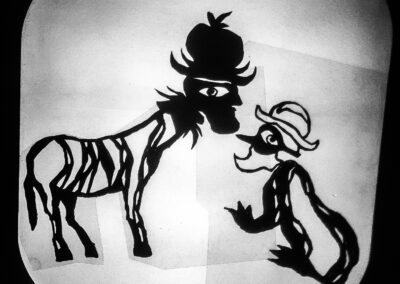 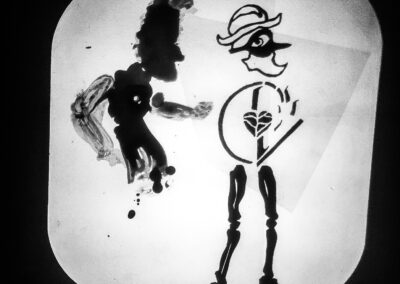 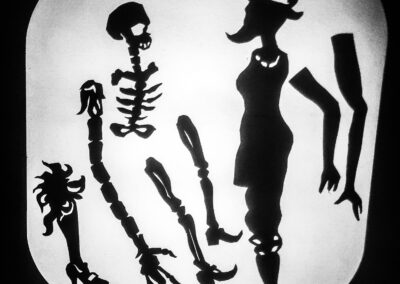 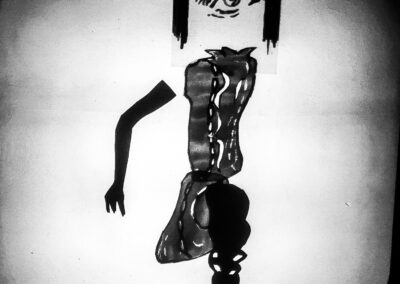 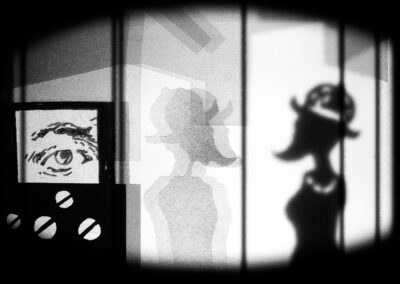 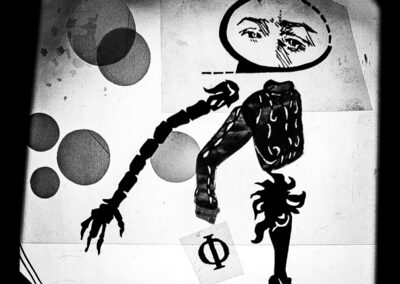